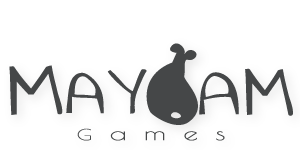 How do you make the leap from gamer to game designer?

This was a question I continually asked myself in my early 20s. I knew I always wanted to design and create games, but whenever it came down to having ‘free time’ to design I found myself playing games instead. This sparked my journey to self honesty and insane amounts of hard work to change my mindset to line up my life to begin to accomplish my dreams.

Let’s travel back in time, back to the summer of 2010. I was recently out of college and scored my first big boy job doing IT at a startup in Boston. Before landing that job, I wanted to be a game programmer for a small company called Riot Games. They made a game called Dota AllStars whose name had recently been changed to League Of Legends. Riot was looking for gameplay programmers, my dream job which blended the two things that I love doing the most: programming and game design. In addition to submitting the programming interview project, one of the criteria for the job was to have a level 30 summoner. So I started my journey, played a cool undying dude with a sword and, at first,felt pretty good about my win rate. The more I played, the  morey I fell in love with the design of the game. I never played warcraft or starcraft too deeply. The best experience I’d had with an RTS was Cossacks or Age of Empires, both of which I never played with anyone except the computer. LoL opened my eyes, I would design the same character over and over again and each time the outcome was totally different. It was amazing! In the end, I did not do well in the interview and didn’t get the job (probably for the best since I had no plans to relocate),but I continued to play LoL religiously for the next 4 years. Playing a game religiously leaves you with little free time for just about anything let alone creating a game.

I become complacent rather easily and can’t really be stuck on the same project for more than 2 – 3 years. Naturally, when it came time to find a new place of employment my first reaction was to start looking at some local game companies. I knew what I wanted to do, which for some is half the battle.Now it was just a matter of finding a company that would hire someone with no prior game development experience or personal projects. After very little research it became apparent that I didn’t meet the requirements to land even a junior/associate level game designer’s coffee boy position. So, I started working on an Android game to hopefully build some sort of portfolio, but LoL kept creeping its way into my nights. I was addicted.

It took me about a year to finish the simple android game which was just juggling bombs. Every 10 juggles another bomb appeared until you eventually lost. Which looking back on now, should have only taken me a week, but that’s what happens when your priorities are all messed up!

I remember thinking about it some nights as I was waiting for my next LoL match to load:“how do I make games when I’m spending all my time playing them? Do I really want to make games or am I just a poser/fanboy not cut out for the big leagues (see what I did there)? Why can’t I just have fun playing other people’s games?” There has to be some way I can do both,keep my wife around, travel for work, hangout with friends, and keep up with various other hobbies, etc. That was the point when I realized something had to go. I had to ‘grow up’ in a sense realizing that most people who make games, don’t play a ton of them. Creating a game take an extreme amount of hardwork and a ton of very dedicated people to have something moderately playable to share.

I love games, always have, they’re apart of me. Now it is time for me to become part them and make my dreams come true. I had to realize no one is going to do the work for me, it’s a grind. Once I began to look at it that way, accept it, and press forward I knew I would make it. With that said, it took a lot of alone time, inner struggles, and general growing pains. It got to the point where I ended up changing my LoL password to REMEMBER!YOUR!DREAM11! It seems stupid, but it helped me understand that every time I was logging in to play I was putting my dreams on the back burner. This little change really helped put things into perspective (p.s. This is no longer my password).

With help from my wife and a few close friends, I was able to break free from mindset of “I need to play all the games” and started working on a few different prototypes. Sure, I haven’t been able to play the latest hotness in games for a while, but I do read a lot about them. Sites like gamasutra, polygon, and reddit, not to mention the plethora of twitch and youtube streamers, help me stay in the loop while being able to work on my own endeavors.

You may or may not find this helpful, but I hope that this glimpse e into my slow and painful journey to game development will help to show that often we are the only thing stopping us from doing the necessary work to achieve our dreams. Since the start of this journey, I’ve designed 4 board games and prototyped 2 video games. I pour all my free time into trying to craft awesome experiences, either on screen or at the table. The highlight so far though was this past CT-FIG, where a player liked my game so much he stayed around for hours and even started teaching others at the table how to play. Seeing this made me feel like I’m where I belong and I’ll never stop designing.

I have dipped my toe in the pool. At first I was a little unsure, but now that I’m in the water’s fine, and I’m ready to start making waves.

Pigs and Sheep battle it out to determine which is the best in the barnyard.

Your rag-tag team of trappers will work together in this cooperative 1-5 player card game to capture the rare creatures of the Gurglemire to reap your reward.

Kill It With Fire

Plot against your evil nemeses in a race to corrupt a whole city without your minions going rogue forcing you to kill them with fire in this 2-4 player worker placement game.